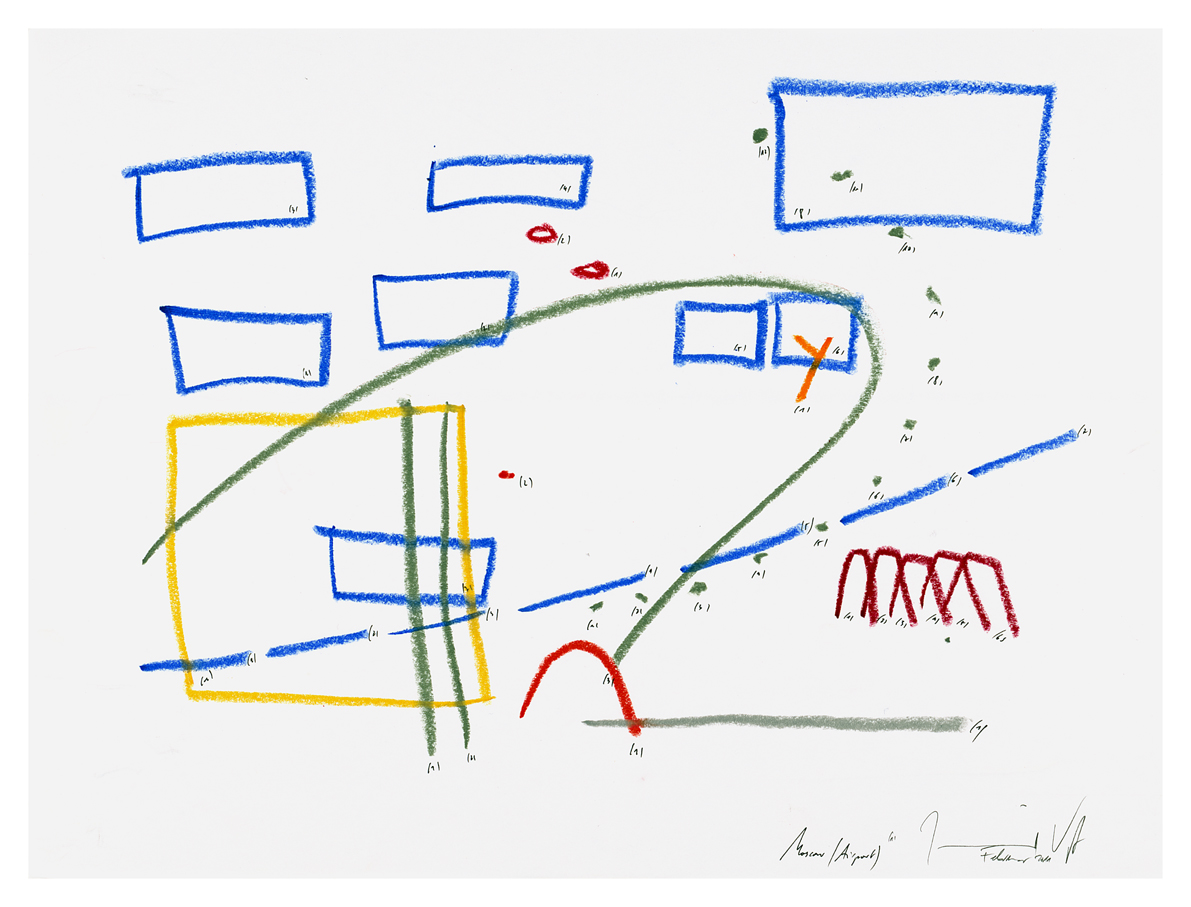 The drawings display abstract lines that have been spontaneously drawn in colored pencil and scattered across the surface of the paper. The strokes form circles, rectangles, triangles, squares, straight, curvy, and zigzag lines. Only the titles of the works give us any indication of the origin of the notations. This is a concrete fixing of positions using the parameters of form and color, which Voigt synchronizes in Superdestinations: The object viewed is reduced to its simplest basic visual form by the artist at the moment of perception and then noted with the corresponding color. Just as a key on a keyboard produces a specific tone, a colored pencil corresponds to the color scale 1-120 regarding the colorfulness of the respective object. In addition to the location, time also functions as a variable of the image production. Each stroke has been provided with a number that documents the succession of the objects perceived.

Superdestinations is characterized by ambivalences: linearity and nonlinearity, specificity and non- specificity, writing and image. Even though the notations primarily concentrate on self-perception, nevertheless the location is an essential picture subject. As a rule, a location displays specific features of identity, whereas in Voigt’s drawings it is simplified to a homogenous system of lines. The result of this unconventional manner of writing is something unknown. Reminded of children’s, blind or scribbled drawings, we see something not yet defined: It is a stage before the categorization of image and writing. Intuitively, beyond emotion and intellect, the colored abbreviations reveal primal archaic forms of human communication, such as those examined in anthropological and neurological studies.